Let’s Not Experiment on the Children

Posted on June 8, 2011 by raisingmyrainbow

Tears. In. My. Eyes. That’ll teach me to watch CNN. Anderson “Eye Candy” Cooper’s report on “The Sissy Boy Experiment” made my heart break. Snapped right into tiny pieces.

“The Sissy Boy Experiment” was experimental therapy conducted on a five-year-old boy named “Kraig” in the 1970s at UCLA in an attempt to make him less effeminate and prevent him from growing into a gay adult. It was government-funded and considered to be a great success; even though the family says that it was disastrous, the boy grew up to be gay and, then, committed suicide, but not on his first attempt.

For more in-depth coverage of this story, Box Turtle Bulletin has a thorough examination of the impact that this “research” had on Kirk Murphy (“Kraig”) and his family. http://www.boxturtlebulletin.com/ 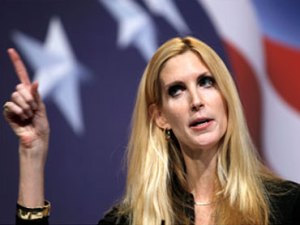 Also on CNN, Ann Coulter declined to answer Piers Morgan when he asked what she would do if she had a gay child. For me, her silence confirms that she shouldn’t have children. But, that’s just me. http://www.sfgate.com/cgi-bin/blogs/abraham/detail?entry_id=90553

God, grant me the serenity to be a better mother than Ann Coulter would be and the courage not to send my child to UCLA to be experimented on; and, wisdom, because we are different. Oh, and, watch over Anderson Cooper, too. Amen.

21 Responses to Let’s Not Experiment on the Children