I Dressed My Baby Boy In Blue, I’m An Idiot

Posted on January 15, 2013 by raisingmyrainbow

“What’s all that stuff back there?!  I see pink!” C.J. asked enthusiastically as I was driving him home from school. 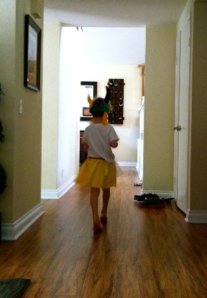 On his way upstairs to pack for his trip to see his new cousin.

Crap.  I didn’t have to turn around to know what he was pointing at.  He had seen the shopping bags I had stashed in the back of the car and covered with a beach towel.

You see, we have welcomed a new member into our extended family.  C.J.’s Dad’s brother and his wife had their second child and it is a girl.  They waited to learn the sex of the baby until the birth.  A few days after they called to say that a baby girl had been born, I dropped C.J. off at school and spent two hours shopping for my new niece.

I’m the last person who should be enforcing traditional gender norms.  I’m the last person who should be buying $100 worth of pink clothes, blankets and burp clothes.  I should know better than to buy a teething ring that looks like a giant engagement ring and rattle that looks like a luxury handbag.  But, I did it.  I did it all and I’m not taking it back.

She’s the first girl in the family, there are no “girl” hand-me-downs for her, she needs clothes and when she’s a toddler I will buy her tools, the best router table when she’s older and cars and dinosaurs and encourage her to excel in math and science.  I will be her auntie who will tell her that she can be anything that she wants to be: president, astronaut, athlete, firefighter.

But, for now, she can’t hold her head up, sleep through the night or see more than a few feet from her face and I want to see her in pink with ridiculously sized flowers and bows in her hair.  I would paint her nails if I could.  Where you might have previously thought me to be a model citizen in the land of gender nonconformity, I had a niece and briefly became the queen of enforcing gender norms.  You are more than welcome to leave an admonishing comment below.  I was bad.  Real bad.

But, I knew that I couldn’t be that person in front of my children.  So I went shopping in secret, in private, while C.J. was at school and then hid the evidence to pack and ship later on the sly.

“It’s presents for Baby Sarah,” I said, knowing that it wasn’t going to be a short conversation.

Playing with Grandma Colorado’s dogs at his cousins’ house.

We had told him about the arrival of Baby Sarah the night before at bedtime.  I wasn’t exactly eager to tell him that there was a full-fledged girl in the family, but I had to after being reprimanded by Grandma Colorado for not spreading the good news.

How would my gender nonconforming son react upon learning that the role of “most feminine child/grandchild in the family” that he had been occupying for nearly four years had been snatched from him by a baby?

“How come she isn’t just getting hand me downs?” he asked.

“Because she is a girl and our family doesn’t have any baby girl hand me downs.”

“She can have my baby girl clothes hand me downs?” he offered.

“Baby, you only wore baby boy clothes.” I realized that my son probably can’t remember a time in his life when he wore exclusively boy clothes.

“How come you made me wear only boy clothes?” he asked slightly disgusted.

“Because I didn’t know that you liked girl stuff,” I answered honestly.

“How come you didn’t know that?”

“Because you weren’t old enough to tell me or show me.”

His sad face crushed me.  He was wondering why I didn’t know my own child, my baby.  How could I have been so wrong about my child?  Because I was full of assumptions and expectations — none of which included my son being anything other than heteronormative.

When was the last time you awoke to a fairy scaling the fireplace in your bedroom?

We saw Baby Sarah a few weeks later and I worried how C.J. would feel about the newest member of our family who is everything he wants to be.  I secretly prayed that Grandma and Grandpa Colorado wouldn’t go on and on about finally having a girl in the family after generations of only boys.  I didn’t know how that would make C.J. feel. Thankfully they didn’t say anything to the effect.

And, when C.J. got a chance to hold Baby Sarah he looked up at me and smiled that award-worthy smile of his.  He gently adjusted her pink hat and kissed her cheek.  I hope that the two of them become great friends…in pink or blue or whatever hue.

RaisingMyRainbow.com is a blog about the adventures in raising a fabulous, gender creative son.
View all posts by raisingmyrainbow →
This entry was posted in Main Site Header and tagged Baby Sarah, gender creative, gender nonconforming, Gender Stereotypes, motherhood. Bookmark the permalink.

57 Responses to I Dressed My Baby Boy In Blue, I’m An Idiot