Posted on January 29, 2013 by raisingmyrainbow

You Are Invited to

Lunch and sweets will be served.

Crafts will be made.

Dress to dazzle.  Sparkles, glitter, tutus and pink are encouraged.

Have your people RSVP to C.J.’s people.

The invites are out for C.J.’s sixth birthday party.  If one wasn’t hand-delivered to you, better luck next year. 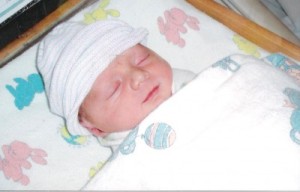 C.J. has been planning his outfit for the last four weeks and four months ago he started planning the actual event.  He vacillated between another bounce house warehouse party (super easy) and going to Disneyland (super expense).  Then, he wanted to go and create at Build-A-Bear Workshop and dine at Ruby’s with two friends.  Then he wanted five friends.  Then he wanted eight friends.  $75 bucks per bear times nine kids equals no way in hell.

Ultimately, he decided that he wanted a small party at our house with Valentine’s Day decorations.  Doable.  He wanted to do crafts with his best girl friends.   Doable.   He wanted everybody to wear pink tutus and dress up like “rock-star sassy fairy ballerina Harajuku girls.”  What does that even mean?

We handmade invitations and agreed on an invite list. 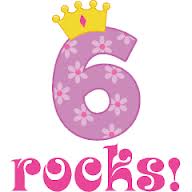 Grace, a friend since birth – She wouldn’t miss it for the world and won’t think twice about seeing C.J. dressed in his fabulous finest.  She’d actually be more caught off guard if she saw him looking totally and completely masculine.

Girl Friend #1 from school – She’s known C.J. for two years and knows that he likes girl stuff.  She dresses to impress him every day at school.  Her mom has informed me that if C.J. doesn’t compliment her outfit she deems it unsuccessful.

Girl Friend #2 from school – She asks C.J. to marry her on a weekly basis.  He has reluctantly agreed.  She writes him love letters crowded with hearts and drawings of the two of them holding hands – with him wearing pink.  He has a hard time not touching her long blonde hair during story time.  They’ve known each other only since September.

Girl Friend #3 from school – Another new friend who C.J. met when school started, she is a total character and makes me laugh every time I spend even a minute with her.  I secretly want her to be C.J.’s best friend because she is so animated and entertaining that she keeps me amused nonstop.  Maybe I should just be best friends with her.   She has informed me that C.J. told her that he only likes girl stuff and she thinks that is great.  At the same time, she told me that she thinks donuts are sweet.

Lina, the new neighborhood friend – Lina has known C.J. for several months and only knows C.J. around our house and in the neighborhood, where his gender creativeness is on full, proud display – like when he runs in his heels better than Sarah Jessica Parker on Sex and the City or rides his purple scooter wearing a purple skirt and a red wig.  Lina’s family is from Lithuania and after meeting C.J. for the second time, they asked which pronouns he prefers.  I almost cried tears of joy.

So, three of the five girls see C.J. mostly at school where he presents himself totally as a boy.

Should I inform their mothers that when the invite says “Dress to dazzle” it means that everybody will be dazzling in glitter, pink, a tutu and who knows what else?  I decided that I should.  I had to warn the partygoers and their parents that the birthday boy would be dressed like girl.  I would want the warning if the tables were turned and it could eliminate some teasing and awkwardness.  It only seemed fair.

But, I didn’t want to deliver the warning with the kids in earshot.  It’s yet another way that sometimes I have to go ahead of C.J. and check the path, make sure it’s safe and comfortable, without him knowing that sometimes his being gender creative can make life a bit more of a process.

I told the mom of Girl Friend #2 from school.  She smiled and seemed fine with it.  I got a text from her the next day letting me know that her daughter wouldn’t be able to attend due to a scheduling conflict.

I told the mom of Girl Friend #3 from school.

“Good, I’m glad you don’t mind,” I said, pissed as the words exited my mouth like I was asking her permission.

“Well, if someone minds what your son wears, they have way too much time on their hands,” she said.  She’s the oldest mom in the class (possibly a grandma turned mom) and I cherished her wisdom.

“Ain’t that the truth?” I replied.

This Saturday, C.J. – who looks “all boy” at school — will open the door to his guests wearing a pink tutu from H&M and, from Target, pink metallic leggings, pink glitter legwarmers, purple bejeweled ballet flats and – the crowning glory – a black and white houndstooth, sequined sweater from Gwen Stefani’s Harajuku Mini collection for kids.