Posted on May 3, 2016 by raisingmyrainbow

How can you tell if you have a good brother? If his Christmas gift to you is 10 days and nights of free childcare. If you are a parent, you will understand how priceless this gift is. If you’re not a parent, give this gift to someone you love.

Uncle Michael had the boys for two nights and three days during Spring Break. They went to the Shake Shack for lunch, Au Fudge for brunch, decorated cake at Duff’s Cakemix, hosted a dinner party, made “Spaghetti Two Ways” (don’t ask), visited the La Brea Tar Pits, stayed up past their bedtime and counted 110 cigarette butts on the ground during their stay (my kids are weird).

C.J. and Chase thought they had the best time, but Matt and I were wine tasting so obviously we won.

As we drove home from West Hollywood to Orange County, the boys were mostly quiet in the backseat, until C.J. shouted, “I forgot to tell you, gurl!!! I’m a drag queen!”

Turns our, my brother had also let them watch RuPaul’s Drag Race.

A few days later — after much begging – I agreed to sit down and watch Drag Race with C.J. I had seen clips from the show here and there, but never a full episode.

“You’re going to like this show, mom. When we watch it, we all get their ‘hes’ and ‘shes’ mixed up like people do when they talk about me,” he said. If that’s not a solid reason to watch, I don’t know what is.

We started with the current season’s first episode and C.J. immediately started rapid-firing questions that I could not answer. I had to text my brother. Over and over and over again. I used to think  I was pretty knowledgeable about LGBTQ culture. Watching Drag Race with my nine-year-old son has taught me that there is much for me to learn. 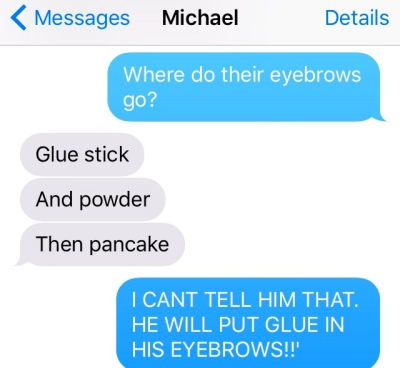 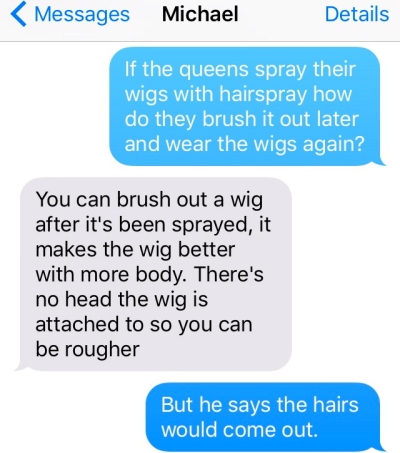 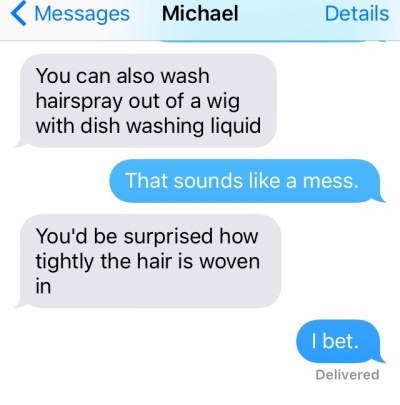 I also texted my friend Jeff who watches Drag Race and is one of my go-to people when it comes to LGBTQ-related things.

Bob The Drag Queen continues to be C.J.’s overall favorite contestant this season, while he thinks Kim Chi has the best makeup.

My heart swelled. When your son tells you that if he were a drag queen he’d want you to watch him perform, you know you’ve done something right as a parent.

Naomi Smalls is still my favorite and I want her body. But I’m 38, have had two kids and like to eat chips, so it’s a dream that will never be realized.

C.J.’s favorite part of each episode is when the two final contestants have to lip sync for their lives. He asked me if I’ve ever had to lip sync for my life. I have not.

And, be warned Drag Race contestants current and future, if you take your heels and/or wig off to lip sync for your life, C.J. will automatically yell at the TV that you need to sashay away.

At first we were moving very slowly through the season.

When we finally did get caught up on the current season, C.J. asked if we could watch a past season while we waited for a new episode. I found season four for free on Amazon. Watching two seasons at once has me getting all of my queens and challenges confused. Thankfully C.J. remembers them all (even though he has a hard time remembering his multiplication tables), so he helps me along.

In conclusion, I’ll leave you with our house rules for watching the show, in case you need some boundaries for yourself and/or your house: