I’m A Boy And Some Girls Are Stronger Than Me

Posted on January 11, 2018 by raisingmyrainbow 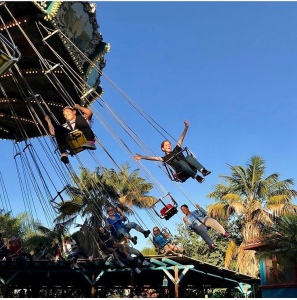 C.J. is in fifth grade and his teacher has students not only attend the parent-teacher conference, but lead it. It’s pretty awesome.

“At the end of the conference, I have to tell you three concerns I have and I feel like I should tell you one now instead of surprising you in front of my teacher,” C.J. said.

We were turning into the school’s parking lot. At that point I didn’t know if I wanted to be surprised in private or with an audience.

C.J. told us his concern before we entered the classroom and shared it again in front of his teacher. His concern concerned all of us. His teacher – ever empowering – suggested that he write a letter about his concern and send it to the appropriate people. She felt that would be more powerful than her or I relaying his message.

During winter break he worked on the following letter. The day after he returned to school, he emailed it to his three PE teachers, his teacher and his principal.

I’m gender nonconforming, so all of my friends are girls. When you split up the classes by boys and girls, it makes me feel alone because all of my girl friends get to be together and I am alone with all the other boys. I bet some other kids feel the same way. PE should fun and about the chance to exercise with your friends. That’s what I want to do.

These days, more and more, everyone is friends with everyone more. You should encourage that by having boys and girls work together. This will help with equality.

I hope you will discuss this with each other and the principal and consider it. I told my teacher about this and she said that sometimes adults needs to hear things from kids instead of other adults because it makes more of an impact that way. I sure hope so.

With this concern, more than ever, I’ve seen C.J.’s advocate spirit blossom. He wanted to advocate for himself, but, even more so, for other kids who may be feeling uncomfortable during PE and afraid to do or say anything about it. The segregation of students based on sex/gender during PE had been bothering him since the start of the school year and he wanted to do something about it. He didn’t want me to take the lead. He wanted to take it.

I’m so used to handling things like this for him. I’m used to advocating for and protecting him. I’m used to traveling a few steps ahead and trying to make things as right as possible for him. But, he’s older now. He’s stronger now. I need to get out of his way. I can’t clear his trail, he needs to blaze his own. Because his voice is more powerful than mine.

RaisingMyRainbow.com is a blog about the adventures in raising a fabulous, gender creative son.
View all posts by raisingmyrainbow →
This entry was posted in All Posts and tagged Gender, gender creative, gender nonconforming, Gender Stereotypes, LGBTQ, Orange County, parenting, PE, School. Bookmark the permalink.