Our Month in Review: February 2018

Posted on March 6, 2018 by raisingmyrainbow

Following are highlights from our month on Instagram. Click here for all of the months’ pictures, thoughts and happenings. 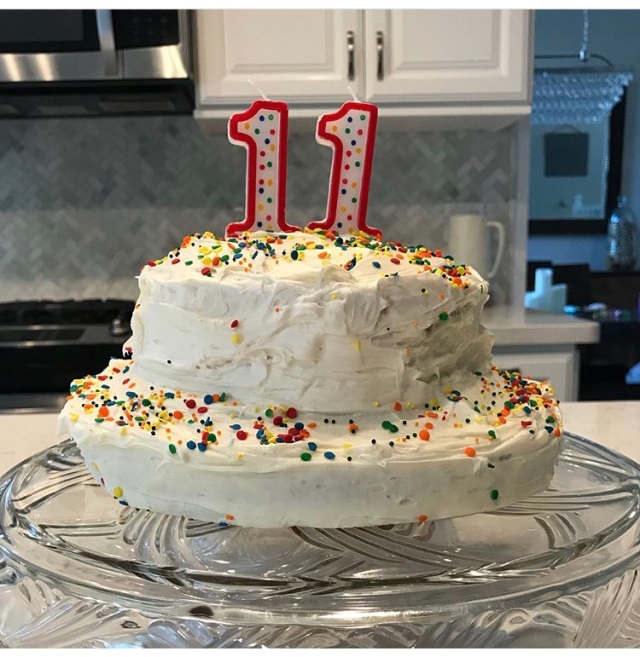 Me: CJ, what kind of dessert do you want me to make you for your birthday?

CJ: A gay wedding cake like they talk about on the news. Make sure the top level is smaller than the bottom level. That’s how wedding cakes are, even gay ones. And, I want candles that are the number 11. That’s two ones.

Me: *spends hours trying to make a tiered gay wedding cake for my 11 year old son and ended up with this shitty looking sad ass cake*

It takes a special kind of man to be as invested in his makeup-wearing son as he is in his football-playing son. And, to retire from law enforcement and become a better primary caregiver parent than I ever was. Who knew that, at age 17, I would pick this amazing human to be my partner? He was and is my best decision. Ever. Happy birthday, Matt. I love you more than chips and salsa. 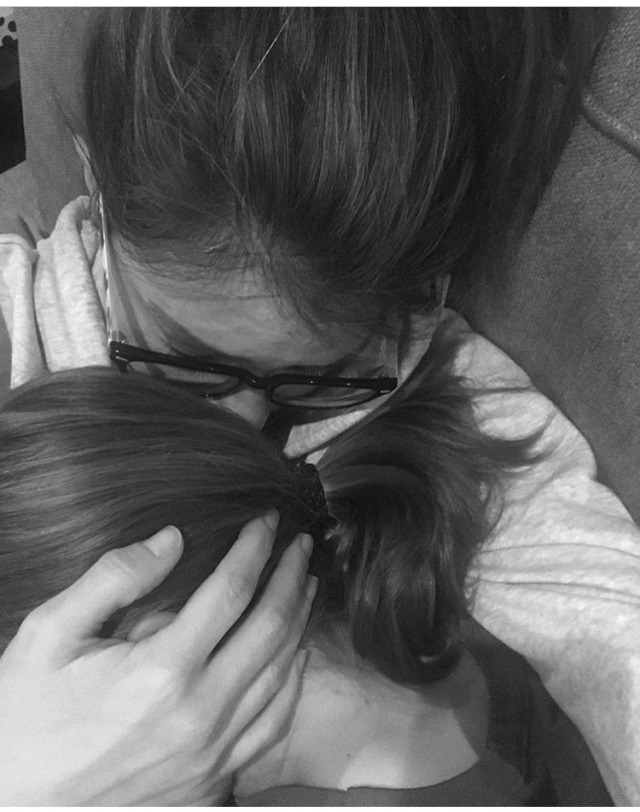 Our nighttime routine used to involve a bath for CJ using his own custom-made bath bombs and then 30 minutes of TV and a little sweet treat.

Now it involves me on the couch holding him while he cries and worries about what a group of girls in his class (Allie included) will say or do to him the next day.

“I feel so awkward and embarrassed and ashamed. I wish this wasn’t happening to me,” he cried last night. By that time I was crying along with him.

Chase walked into the room and saw us and sat down. “Do you want to talk to me about it, Buddy,” he said sweetly and softly to CJ. Chase wishes he could do more to protect his little brother. But high school is a long way from elementary school.

Hate and meanness affects the entire family. It hurts our hearts individually and as a connected unit. It makes the confident feel powerless. It makes a high school brother want to walk his fifth grade brother to and from school with his arm around him while giving dirty looks to 11-year-old girls. It makes people who sparkle feel ashamed and awkward and embarrassed.

“The smell of mountain air renews my soul.”

Sometimes getting distance between you and your problems is the answer. At least temporarily. We’ve escaped daily life in favor of grandma and grandpa’s place in Colorado.

Positive thoughts, good vibes, hugs, prayers, whatever you can send our way, send it. CJ returned to school today after five days away. Last night and this morning were really rough for him. And us.

He cried. He worried. He had a stomachache. He cried some more. The break up with Allie continues to hurt like crazy. He feels alone at school. He wants to drop out. We’ve repeatedly told him that it will get better. But, when you’re 11, it’s hard to patiently wait for a time when all people will treat you kindly.

CJ wants to be noticed and have his absence felt. 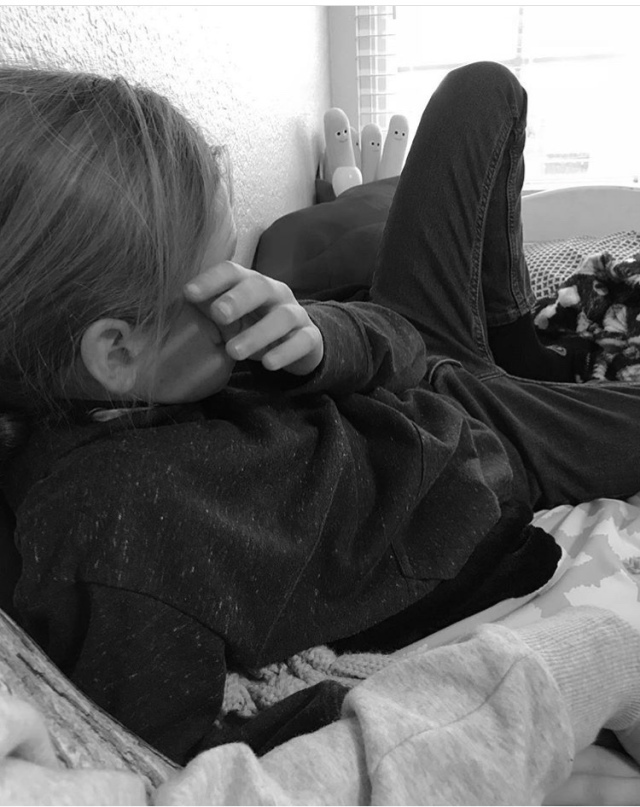 CJ wiped the tears away as he dictated and I typed a two page letter to his teacher and principal detailing the bullying and treatment he has endured at school recently. I tried not to act surprised (or fly into a fucking rage) when he talked about incidents that he had never told me about before. Like being repeatedly stabbed with a pen, going hungry because his lunch was stolen and being made fun of because he has a lisp.

The best way to end a rough week? Take the “Smokey Eye” class at @sephoramissionviejo taught by @jennyg_makeup and walk out with a look that says “what haters?” Then go to H&M and buy a cute keychain for your backpack. Finish it off with your favorite Starbucks drink courtesy of @msnbarbie

Three of CJ’s best girl friends (who don’t go to his school) surprised him with a “Get Your Sparkle Back” full-immersion rainbow sleepover last night.

They returned our boy with a smile, happiness and sparkle we haven’t seen in a few weeks. They will never know the positive impact they are having on his life.

I guess investigations take a long time. Or maybe it’s just that I’m not a very patient person.

One week ago today, CJ wrote a heartbreaking letter to his teacher and principal outlining the bullying he’s endured at school in recent months. The teacher and principal are taking the matter very seriously and conducting an thorough investigation. I can’t talk a lot about the process. But I will say it feels very slow. I don’t like slow.

Matt was a police detective for several years and assures me that I’m feeling what most people feel when they are awaiting answers. I’m frustrated, exhausted, sad and angry. I want to know what was done to my child and what the consequences will be. I want to know what is being done to prevent it all from happening again. I want a good nights sleep and to not be an anxious mess when CJ is at school.

CJ, too, feels like we are in a holding pattern that sucks. Classmates are being interviewed and people are talking. He’s watching the movie Wonder on loop. His spirits do seem higher, but considering how low they were, that’s not saying a whole lot.

I’m obsessed with this book. TOMORROW WILL BE DIFFERENT by @sarahemcbride had me highlighting passages and making margin notes like I was back in college.

Before she became the first transgender person to speak at a national political convention (2016) at the age of 26, McBride struggled with the decision to come out—not just to her family but to the students of American University, where she was serving as student body president.

Four years later, McBride was one of the nation’s most prominent transgender activists, walking the halls of the White House, advocating inclusive legislation, and addressing the country in the midst of a heated presidential election. She had also found her first love and future husband, Andy, a trans man and fellow activist, who complemented her in every way . . . until cancer tragically intervened.

TOMORROW WILL BE DIFFERENT is informative, heartbreaking, and profoundly empowering. Order it NOW at amazon.com/shop/RaisingMyRainbow

RaisingMyRainbow.com is a blog about the adventures in raising a fabulous, gender creative son.
View all posts by raisingmyrainbow →
This entry was posted in All Posts and tagged bully, bullying, gender creative, gender nonconforming, LGBTQ, Month In Review, parenting, Sephora. Bookmark the permalink.

38 Responses to Our Month in Review: February 2018