Come Out Of The Closet Son…Then Go Back In…

Posted on September 28, 2012 by raisingmyrainbow

Sixteen months ago I asked a question that got a decent amount of attention on the internet: 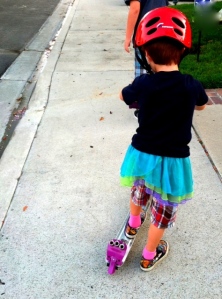 “Do you think that it is possible for a homosexual person to not have to come out of the closet.  I don’t mean stay closeted for always and ever.  I mean never even enter the closet.  For instance, I’ve asked my oldest son if he thinks anybody in his class is cute.  I’m careful how I phrase it.  I don’t ask if he thinks any of the girls are cute.  I leave it open so that he can answer honestly.  Do you think an LGBT youth could grow up and never step foot in the closet (at least with immediate family), thus making the coming out process (with the immediate family) obsolete?  Can a family be so okay with homosexuality that, say, a fifth grade boy could tell his mom very comfortably that the boy in class in a Chargers jersey and still outgrowing his baby fat (or Baby Phat, who knows) is totes amazeballs?”            — Raising My Rainbow, June 2, 2011

A lot of people have told me that it is possible, especially in a family like ours.  My brother grew up feeling like he was hiding in the closet for as far back as he can remember…which is pretty much around the time that he wanted a Wonder Woman doll for Christmas and longed to dress in drag for Halloween.  The thought of my son bypassing a good amount of the guilt, shame, fear and secretiveness that my brother grew up with made me happy and made me feel like his father and I (and the rest of the people in his life) were/are doing something right.  If my son were LGBTQ and didn’t want to step foot in the closet he didn’t have to.  Hooray! 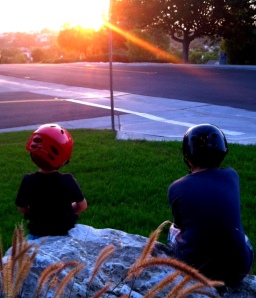 But, all of that was when my son was four-years-old and him realizing his sexuality seemed like a thing for the distant future.  Then, Amelia (who writes for the Huffington Post’s Gay Voices section and with whom I’ve gotten to know via email) started writing about her son who is seven years old and openly identifies as gay.  He came out when he was six.  Then, an awesome mom who I met through my blog wrote last week about her son and how he recently declared that he is in love with another boy.  He is six.  He is in kindergarten.  C.J. is almost six.  C.J. is in kindergarten.

There is a new hesitation in me.  If he is LGBTQ, I wanted my son to be out of the closet – never in it – with us, his family.  I hadn’t factored in how he would handle it with the other seven billion people on earth…at age 6, then 7, then 8, then….?

If my son were to come out to us in the next five to ten years, what do I tell him about being open about his sexuality?  That it’s a private matter, which only his family needs to know about?

What would I tell him if he were heterosexual?  Would I parent him the same?

If I encourage him to keep a part of himself a secret, am I pushing him into the closet?

Do I explain to him the dangers of being out to certain types of people – his bullying schoolmates included?  Is a child equiped to fully understand that?

How do I teach my son that he’s perfectly made, raise him with no shame, encourage him to be the most authentic version of himself…and then tell him to keep quiet about it at school and on the playground?