Posted on March 26, 2013 by raisingmyrainbow

Last week, C.J. had to have a small dental procedure done that required him to go under anesthesia.  Of course his dad and I were a nervous wreck the weeks and days leading up to the morning of the 7 a.m. appointment. 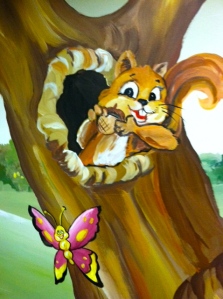 Mural from the dentist’s office…

The night before, we fed C.J. a big dinner and dessert because he wouldn’t be able to eat for at least 15 hours.  We gave him a bath with Strawberry Shortcake bubble bath and tucked him into bed wearing his favorite Disney Princess nightgown.

My alarm went off extra early in the morning.  I turned it off and rolled over to wake up C.J.’s Dad.  He was staring at me with big, bright eyes that startled me.

“I had the worst dream last night,” he said.

“What was it about?”

“I had a dream that when C.J. woke up from the anesthesia he liked boy stuff.  That he was gender conforming.”

“Because that’s not my boy.  My boy likes girl stuff.  In my dream, we went to the dentist and I was holding him and they gave him the shot and he went under.

We waited for like an hour and a half and they came out to tell us that he was coming to and we went back to be with him.  We walked in and he was coming out of it and he said ‘Hey Dad, what’s up?’  He said it just like his brother says it.  I was stroking his head and he looked down and saw that he was wearing his Disney Princess nightgown and he asked ‘Why did you dress me in this?  Why am I wearing this?’  He was really mad.

He totally wasn’t himself.  His mannerisms were all boy, like his brother.

I was so pissed because people kept saying that now he was normal and fine.  I yelled at the dentist, ‘What did you do to my effing kid!?’ and everybody was looking at me like I was crazy.  You and the dentist kept saying that I should be happy that he liked boy stuff now.  But I was yelling and so pissed off asking what they had done to my son.

What does that even mean?  ‘Normal?’  That’s not my kid, that’s not my boy.  My boy likes girl stuff.  That’s his normal.  My boy likes girl toys and girl clothes and saying things like ‘Ohhhhh, heeeeeeyyyyyyy’ and ‘Drama-bomb!’   I don’t know what I would do now if he changed and started liking boy stuff.  I love him the way he is.  I don’t want him to change.”

He finished telling me about his dream and we stared at each other. 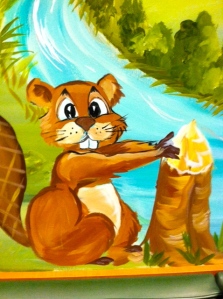 “Oh, baby, it’s going to be fine.  He’s not going to change,” I said.  What if my husband was clairvoyant?  What if the anesthesia was going to make our gender nonconforming boy conform?  I couldn’t bear to think about him changing either.

Three hours later C.J. woke up from the anesthesia.  He got upset when the dentist gave him a “boy’s toothbrush” instead of a “girl’s toothbrush.”  When we got home he gathered his Barbie dolls and Monster High girls to comfort him as he watched old episodes of iCarly on the iPad.

He was and still is gender nonconforming.  The anesthesia didn’t change him.  My husband is not a clairvoyant.  For all of those things, and so much more, I am a very thankful mama.   There was a time when all we wanted was for C.J. to conform to traditional gender norms.  Now, the thought of him doing so doesn’t feel right.  It feels disturbing.  It feels like a bad dream.

44 Responses to A Father’s Nightmare