Just a boy and his two best girl friends marching at Pride.

“That was one of the best days of my life. Thank you so much for taking me,” C.J. said as Matt tucked him into bed for the night.

Most kids say that to their parents after a day at an amusement park. Not our kid. He said it after we took him to his first Pride.

On Wednesday, we told C.J. that we were taking him to the local Pride on Saturday. His level of excitement was unprecedented. He’d seen pictures of Pride and, with all the visual rainbow-ness, he’d been asking to go for the last year.

I told him that we needed to make signs. We did need signs, but mostly it was a project to keep him busy for a few summer hours. 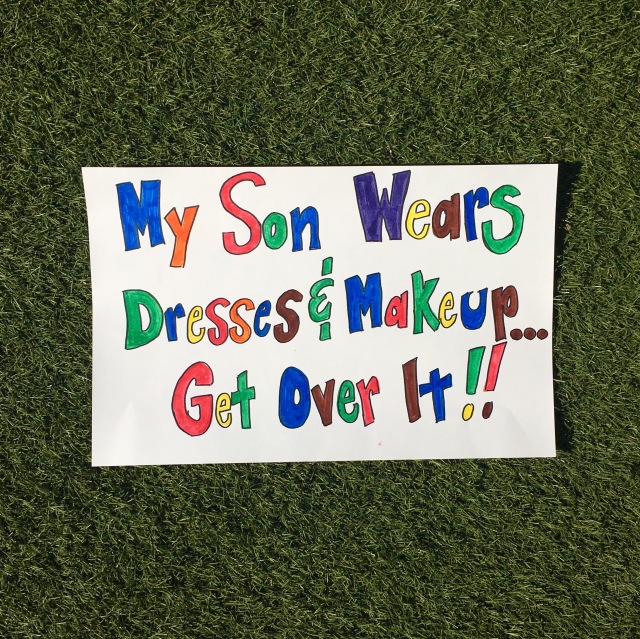 The night before Pride, C.J. laid out his outfit. He woke up at the crack of dawn the next day to get ready. And, even though we didn’t plan to leave the house until 10:15 a.m., he started contouring his face at 8 a.m.

We arrived before the parade got started and, admittedly, the vibe wasn’t initially all rainbows and glitter. The parade got a late start and, from where we were sitting, C.J. couldn’t see the festival area I told him about. He was a little worried that he’d gotten his Pride hopes up too high. 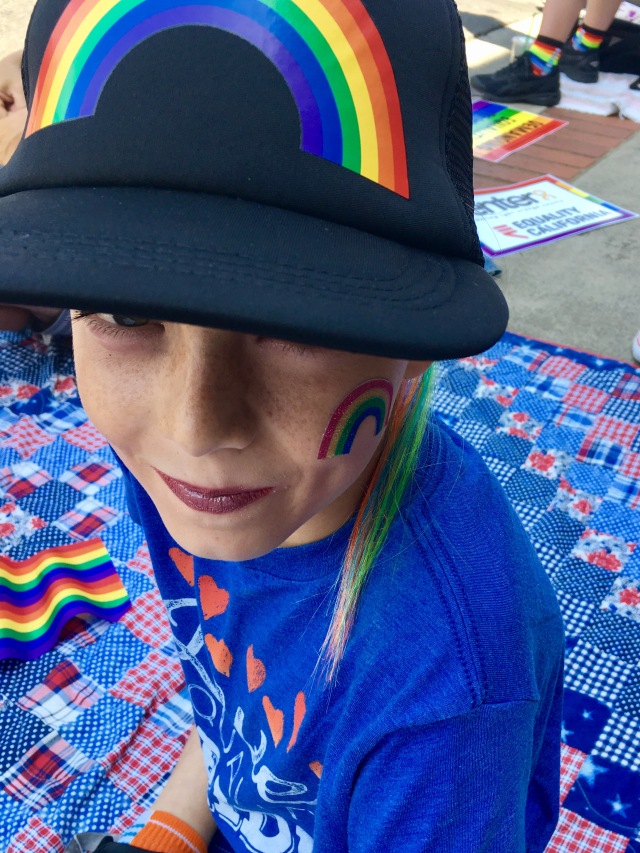 He watched the parade pass by. As with all new things, he observed quietly before letting himself go and clapping and jumping for the goodies being thrown by the parade participants. As the parade ended, we followed it to the festival.

“I loved the parade. I wish it was longer. And next year I want to be in it for sure. Who knows, I may even be in drag in the parade next year,” C.J. said as we walked.

The festival was everything C.J. hoped it would be and then some. There were free things, candy, games and contests. He also noticed that there were a lot of condoms. C.J. was also a big hit at the festival.

Hula hooping to earn a bag of candy from Kimpton Hotels.

“People kept stopping me saying ‘always be who you are. Never change. You’re so awesome.’ And, I took so many pictures with people,” he said smiling.

My sweet, fabulous, rainbow boy has never received so many compliments. He’s used to getting stares and whispers when we’re out in public. He’s not used to getting the smiles, hugs and encouragement he received at Pride. 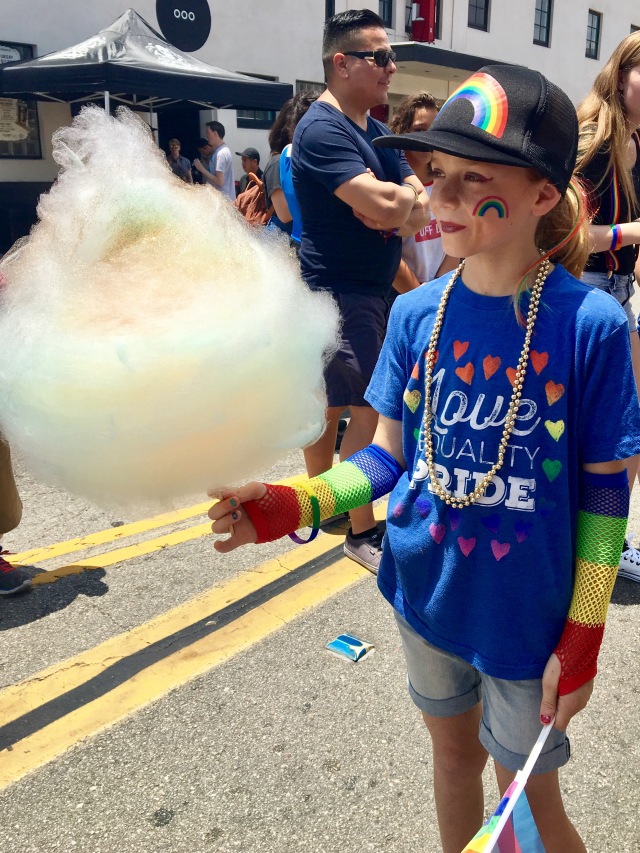 The cotton candy lady hooked him up with rainbow cotton candy bigger than his head sprinkled with edible gold glitter.

When it was time to go, he didn’t want to leave and offered to stay at Pride by himself. He said he would ride home in a taxi. We said no.

We stopped to eat on the way to our car and I asked C.J. what he liked best about Pride.

“I liked the vibe. I liked all the colors. But, most of all, I liked all of the people. Nobody judges anybody. You can just be who you want to be. There should be Pride every week, because it’s so much fun,” he explained. 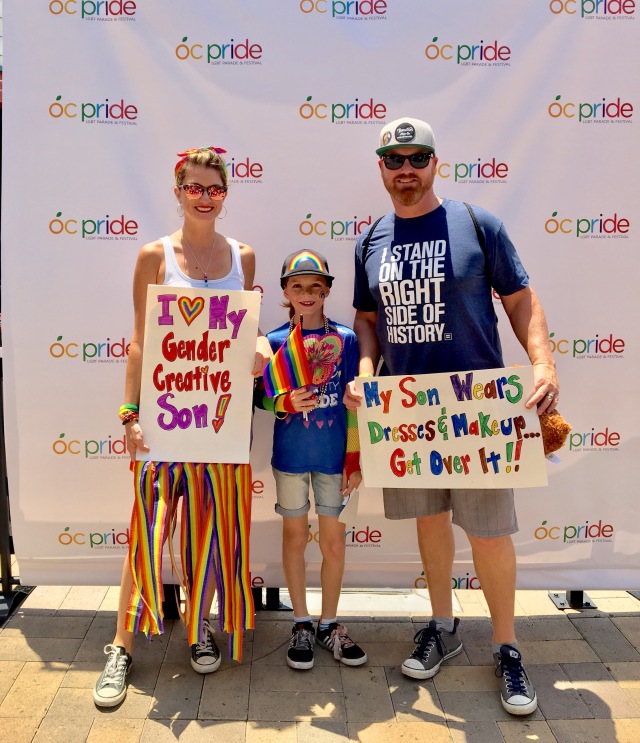 RaisingMyRainbow.com is a blog about the adventures in raising a fabulous, gender creative son.
View all posts by raisingmyrainbow →
This entry was posted in All Posts and tagged Gay pride, gender creative, gender nonconforming, LGBTQ, OC Pride, Orange County, parenting, Pride, raising a gay child, transgender. Bookmark the permalink.